A downloadable game for Windows, macOS, and Linux

Alpha 0.2 of the game "Project Alchemist", this alpha has a lot of bugs fixed and a better overall gameplay experience.I think it`s an huge improvement compared to the first alpha. The game has only six months of development so there`s not too much content yet. Only one type of enemy in this alpha, the spider, and only spears of stone to use with alchemy.

This alpha focused on giving a better gameplay experience than the last one, the next one will probably focus more on action, such as making combat more satisfying, improving the alchemy use, adding more enemies , and more control schemes for the combat mode.

Did you activate the keyboard option in the menu? The game controls almost the same with keyboard or with gamepad, the only thing that changes is that in combat mode you control the right cursor(red) with the mouse , in the combat mode you move your arms, activate it with Ctrl. The left cursor ( blue ) is actually controlled with the numpad ( 8 - 6 - 4 - 2 ).  With the keyboard you have to press space to climb , you need to have off the combat mode to make an animation and make it easier though. You can climb stairs pressing up.

I'm pretty sure I did set it to keyboard. I figured out jumping and climbing and moving both cursors, but I couldn't figure out how to actually attack, W A and D didn't seem to do anything.

Ah ok I figured what`s the problem, actually there`s no atacking button itself, to atack with the sword you need to equip it and activate the combat mode to swing it by moving the arm with it`s corresponding cursor( that its moved with the mouse(right) or numpad 8 6 4 2 (left) in the keyboard controls or with the analogs in the gamepad ). The pistol its used with the action button  (Left clic / L2   -    Right clic  /  R2  ) according to the arm it`s equiped (only on combat mode ). The shield its used just moving it to the direction you want. That`s the way the combat currently works, I know the system is a bit confusing so I`m planning to remodel it for the next alpha, adding an option to play only with buttons and keeping the actual one usable if someone wants to play with it but remodeled after making easier to atack with the movement controls. 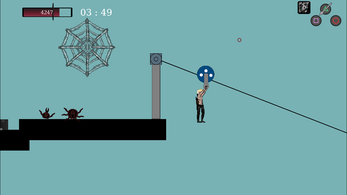 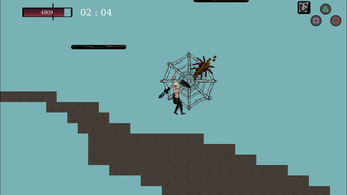 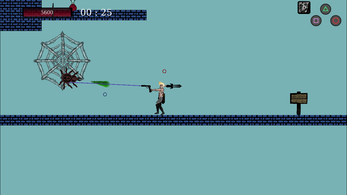 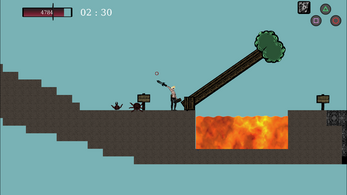 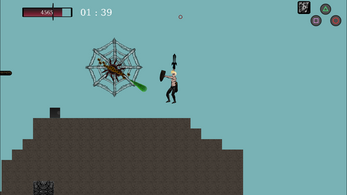 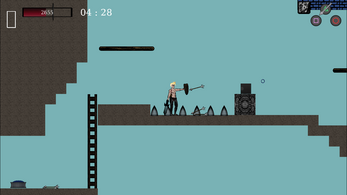 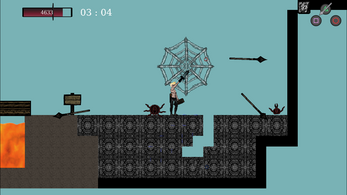